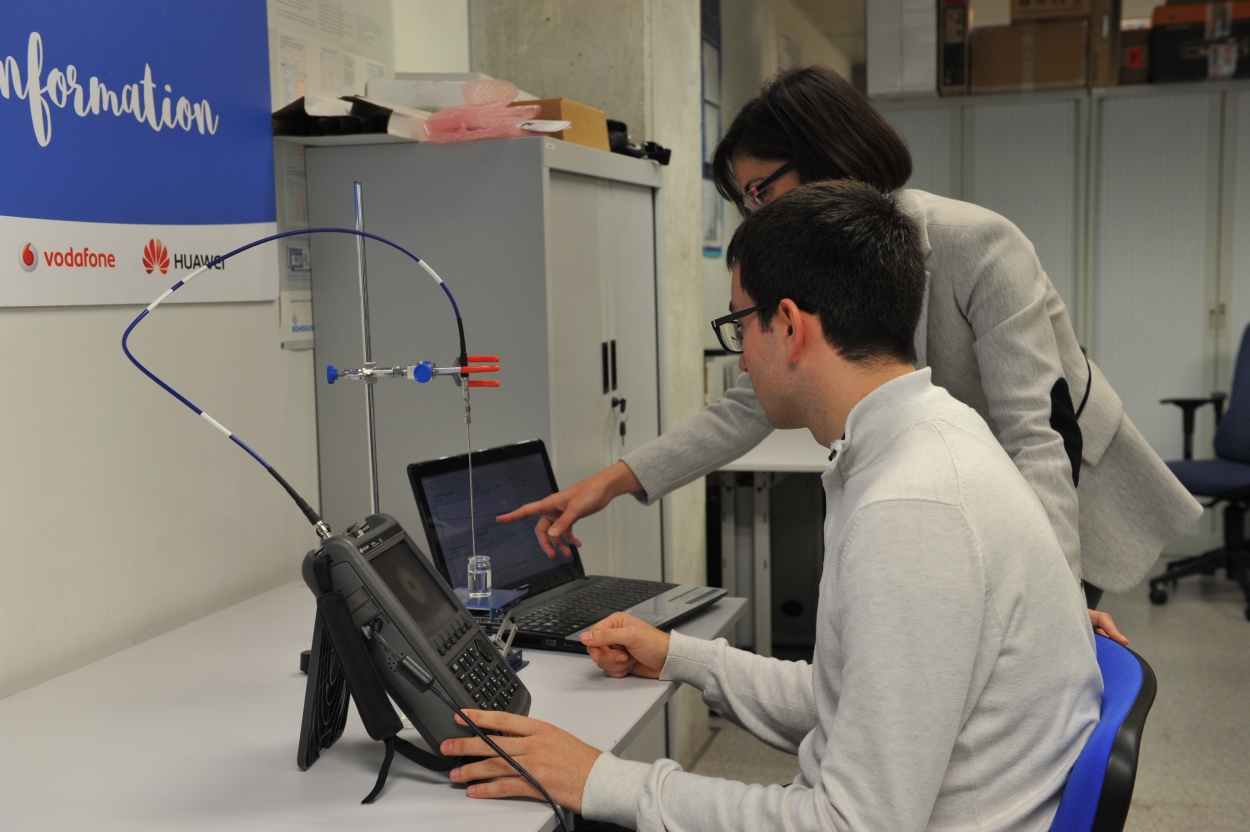 The patent “Synthetic Model of Biological Tissues for Evaluating the Wireless Transmission of Electromagnetic Waves” has been highlighted by the European Commission as one of the high-potential innovations funded by European Projects (https://www.innoradar.eu/innovation/22906) by means of the WIBEC project(http://wibec.eu). This finding establishes a formulation that enables to reproduce accurately the electromagnetic properties of different tissues of the human body in a very large frequency band (0.5-18 GHz). These kinds of formulations are the so-called phantoms. In this manner, the Mobile Communications Group is able to mimic in a liquid or semisolid state, different body tissues from the electromagnetic perspective. Such phantoms open the door to an easier testing of 5G mobile devices since they allow performing measurements at high frequencies as well as large bandwidths using one single phantom, in contrast to what is used currently by the mobile devices industry. Besides, the MCG patent will facilitate the development of medical implanted devices by reducing animal experimentation.

The Innovation Radar is a European Commission initiative to identify high potential innovations and innovators in EU-funded research and innovation projects. Our goal is to allow every citizen, public official, professional and business person to discover the outputs of EU innovation funding and give them a chance to seek out innovators who could follow in the footsteps of companies such as Skype, TomTom, ARM Holdings, all of whom received EU funding in their early days.