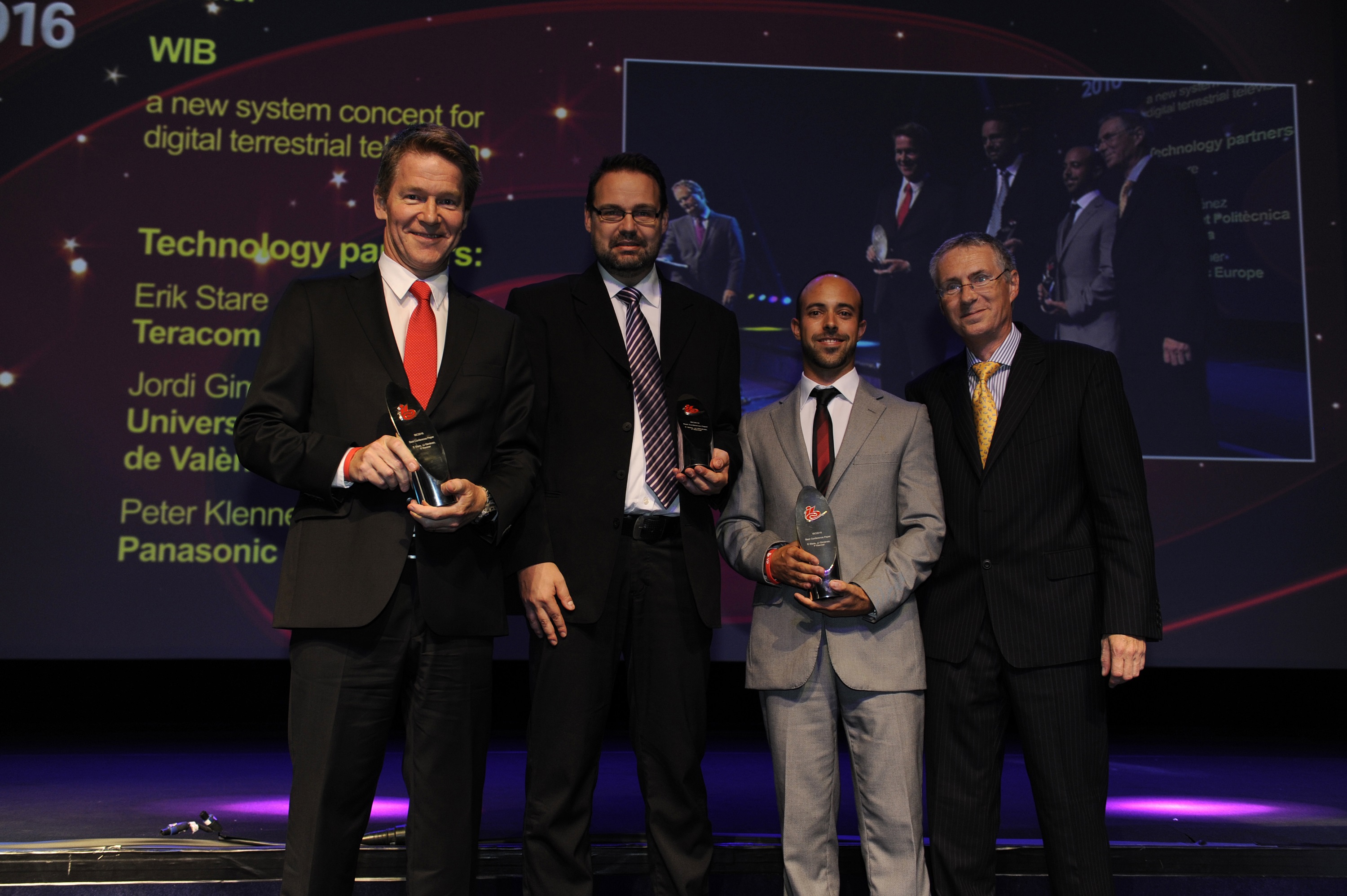 Known as WiB –Wideband Reuse 1, its application would involve a revolution in the transmission of DTT signal, allowing for a more efficient spectrum use, lower energy consumption as well as a much lower cost for network operators.
From the user perspective, WiB would enable a larger number of TV services with enhanced quality (e.g. Ultra HDTV or 4K); moreover, it would permit high quality DTT reception in vehicles.

Researchers from the Universitat Politècnica de València, Teracom (Sweden) and Panasonic (Germany) have designed a new system concept whose application would change the traditional way of transmitting and receiving Digital Terrestrial Television (DTT). It is presented as WiB –Wideband Reuse 1. Due to this work, the researchers have won the Best Conference Paper award at the International Broadcasting Convention (IBC 2016), held in Amsterdam.

WiB would enable the transmission of the DTT as a larger wideband signal in which, potentially, all transmitters in a network would use all the available frecuencias in the UHF band. This way, a more efficient use of spectrum would be achieved as well as an important decrease in energy consumpion and network operation costs.

From the point of view of the users, WiB would increase the capacity for more TV services, even with enhanced quality (e.g. UHDTV or 4K), as well as high-speed vehicular reception. In addition, WiB would enable a future scenario in which broadcasters and mobile network operators use the UHF spectrum in a win-win approach.

Among the advantages are the possibility of substantially reducing operation and infrastructure costs due to a power reduction around 90% at the transmitters, what would also simplify broadcast equipment. This power reduction is also translated into saving in electricity bills and an increase in energy efficiency.

“WiB would permit replacing all existing transmitters in a DTT station with a unique wideband transmitter that would use around 50% of the power consumed in one of them. Most of the equipment currently used in a DTT station could be dispensable and even reallocated at the top of the TV towers” says Jordi Joan Giménez, researcher at the Institute of Telecommunications and Multimedia Applications (iTEAM) of the Universitat Politècnica de València.